Sep 08What One Should Do in Case of A Heat Stroke 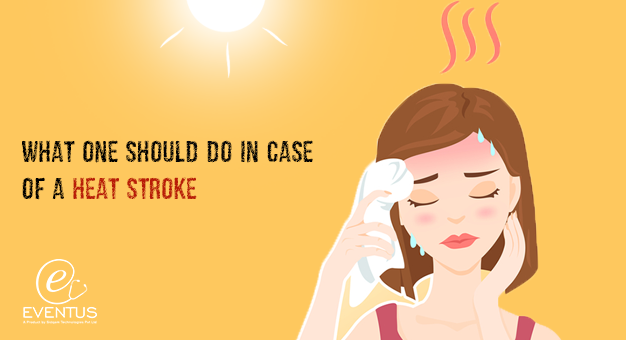 With the rising temperatures each year the problems that are related to such heat have also elevated to new levels. The most common and the most dangerous among these heat related problems is the probability to catch a heat stroke. A heat stroke is a condition wherein the body’s internal temperature rises to 104 degree Fahrenheit or above. This condition is basically a result of being exposed to high temperatures for long periods of time usually in combination with dehydration, which leads to the failure of the body’s temperature control system. The common symptoms of catching a heat stroke are nausea, confusion, disorientation, head ache, sometimes the loss of consciousness and even the dropping of the body into a coma. A heat stroke can kill, or cause extensive damage to the brain or other internal organs of the body, and thus an instant first aid is suggested in case of the problem.

The problem of a heat stroke is much more severe than expected, in India heat strokes are the second deadliest natural calamity after lightening. There has been considerable rise of 61% in the deaths that have occurred due to a heat stroke in the past decade. Andhra Pradesh takes the lead in number of the deaths closely followed by telangana. According to the Hindustan times, solely the month of May 2017 witnessed the death of 1,100 people in India out of which 852 were from Andhra Pradesh only.

Medical help should instantly be seeked in case of a heat stroke, but till the medical help arrives there are certain things that can be done to ensure that the damage done by the condition remains controlled to its minimum. A certain list of the first aid actions that can be performed is given below:

All the above said actions are mere first aid and a doctor must mandatorily be consulted in spite of the above mentioned actions to make sure that the damage is controlled and cured at the right time.

Reference link to the numbers mentioned:http://www.hindustantimes.com/india/61-rise-in-heat-stroke-deaths-over-decade-across-india/story-UPCxZAVYZXjJ1xyjdwtxQL.html

Get Started for FREE